Last year I’d written that we had entered the Underworld as a culture and hadn’t realised it. And that the way to navigate such a descent was to hold possibly two positions at the same time. I suggested that on the one hand we––and this was concerning climate emergency––stop implying that the earth and our life upon it was unequivocally doomed, but on the other to sit in the acute discomfort we have with things ending. Ultimately our relationship, or lack of, with death. Holding both positions is for me what makes an adult.

So I’m always interested in more than one position, one mono perspective. I like stories with more than one protagonist, but a diversity of positions. One road as a storyteller is interesting, but two are where things begin to happen. Two make a crossroads: between village and forest, plough and bow, sermon and spell, senate and shaman. The crossroads is where they say the seat of the soul lives, where you go to become a storyteller, the very home of Hermes.

So I felt this extraordinary moment required a crossroad of writings, not just a track. That there could be tensions between the two books that prompted further thought in the reader. They are very different.

Can you tell us about the first book Cista Mystica are releasing, Wolferland?

At the end of last year and the beginning of this year I was involved in a 101 day ceremony. Absolutely no one knew about it, even my closest friends. The premise was very simple. To enter a Dartmoor forest for 101 days with a calling song for the place. A calling song is just that. You are singing your familiars closer to you. Your totems maybe. Offering something. I would go to a little scrub of hazel bush and offer something, usually a story––and see what came. See if the place had anything to say to me. It was an exercise in fidelity––to keep showing up––and also in acute and focused listening. In tracking actually.

I did it because the world is on fire and this kind of sit is a very ancient way of approaching an emergency.

In folklore they say it takes 101 days to recover from the bite of a werewolf. I decided to reverse the ceremony. I went to get bitten. I think as a society we have become hairless, often savage not wild, that there is a lack of fur and light in the decisions we make. Even after twenty years as a wilderness rites of passage guide, I had no idea what to expect. The book faithfully tracks what happened as I moved into the immensity of the experience. It culminated in a night vigil in a Celtic hill fort. As dawn broke I was left with nine words for the labour of my 101 days, and I regard myself as lucky to have got them. There was a great deal waiting for me out there. The experience has changed my life.

The book is what I would call a prophetic road, not a pastoral, it is a leap not a bridge.

And what about its companion, All Those Barbarians?

That is a very different book. Barbarians is twenty years in the making. It is the grimoire of my teaching life effectively. If you were to study with me, these are many of the ideas and stories we would explore. It is as if we are hunkered down in my old tent as the rain rattles the canvas, it’s very intimate. It’s eclectic, and offers seven doors to walk though to bring story closer to you. These are deep and time–honoured reflections on stories I may have told a hundred or two hundred times, as opposed to the frantic midnight scrawls of Wolferland, made as the woods exploded around me.

The book is what I would call a pastoral road, it is a bridge not a leap.

I hope Barbarians can be worked with, wrestled with, have its disclosures and ideas brought into the reader’s immediate community. It places the importance of memory––the governance and curation of memory––as front and foremost for the stories we are elected to carry.

I would say that Barbarians is what I’ve learnt, Wolferland is where I’m going. 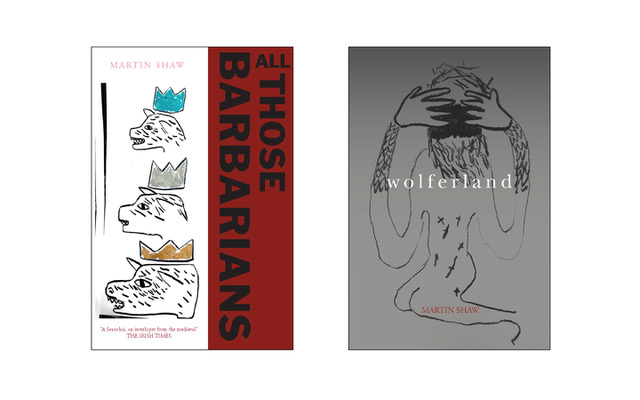 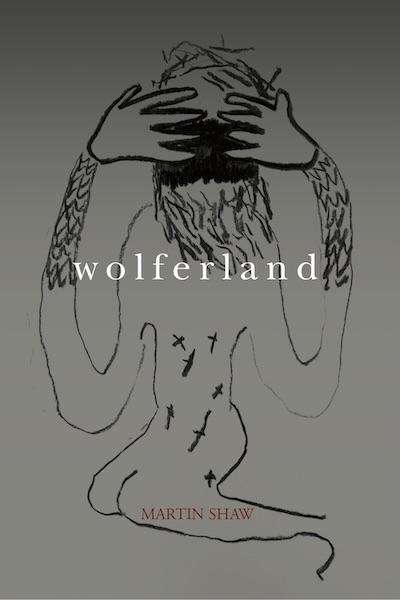 For 101 days a man walked into a Dartmoor forest and called to it.

Shaw enters a haunted landscape at a haunted time of year. Up in the forest he will encounter ancestors, animal powers, visions and finally be left with just nine words from a midnight vigil in an ancient hill fort. He will track the perimeters of dream, loss, vision and surrender. He will record what comes, not what he hopes will come.

Wolferland is a spiritual Morse code, an invoker, it is a lifting of the lantern to many unseen things.