Dates for the first UK leg of the Into the Marvellous book tour were announced this week following an overwhelming response from folks from afar afield as Australia, Alaska and California.

A deluge of invitations initially came in unbidden after a few promotional evenings were announced, sparking an adventurous plan to travel far and wide with The Night Wages. Martin put out a request on social media for interesting venues and the floodgates opened.

The first tour will take in Brighton, London, Devon and Cornwall in February and March.

Martin explained on his Facebook page: “The name of the whole thing will be Into the Marvellous. Why? Because that’s my hope of how it’ll be experienced. To galvanise, raise up, whisper something about the inheritance you never knew you had. To put us to work.

With grief rapidly becoming the new sexy I also want to challenge the moribund time line that is being so consistently dished out these days.

Not as a denial of the facts, but that it contains such a lack of magical thinking, a lack of wit, a lack of covenant with the miraculous. It’s just not hip.

I am a father, and if you think I’m quietly telling my kid that the whole affair is doomed then you have another thing coming.

Sorrow can be efficacious, and absolutely needed, but handled correctly it also births a greater capacity for not just joy but delight. That’s part of cultural move I think we need. As the poet Jack Gilbert said, can we risk delight? When you risk delight there is a barely glimpsed possibility that you yourself, in the authenticity of your incompleteness may remember the story you are actually here to deliver.

So I’ve just written this mysterious thing that is possibly a book/love letter/vagabond manifesto, The Night Wages, that has secreted within it enough folk tales, myth and personal reflection to bring directly into the raising of a family, sustaining a small holding, sitting out a stretch in prison, making theatre, challenging the political climate, activism in its many different shades. I’ve gathered up the things that have literally saved my own life, and for what its worth I’m offering them here.

I have zero interest in just being on the road, selling stuff.

I’m coming because I suspect you have a Robin Hood, Boudicca, Riot Grrrl, Patti Smith, Ian MacKaye, Frida Khalo, Chuck D and Geronimo kind of thing just ready to emerge. And more than any of them is the exactly YOU that’s wanting to show up. Let’s stop looking for honey and become the bee.” 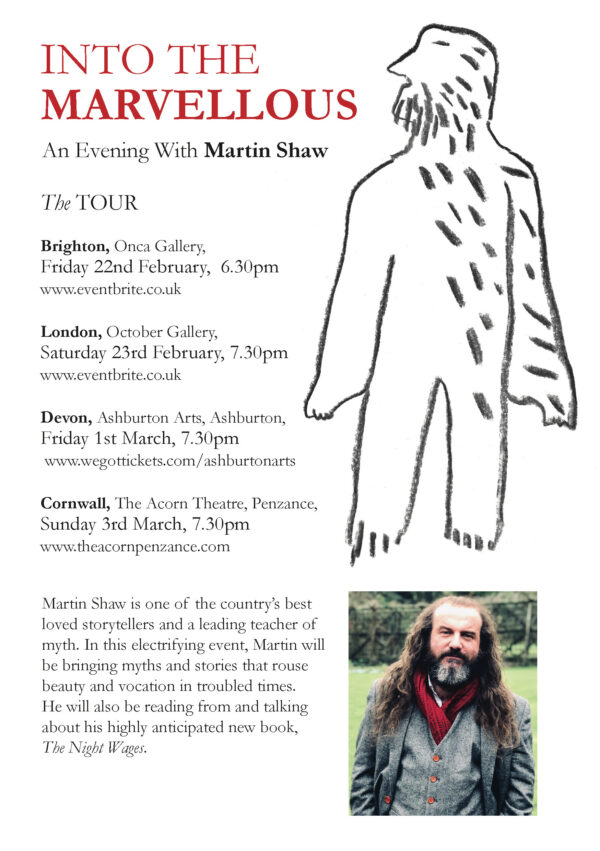 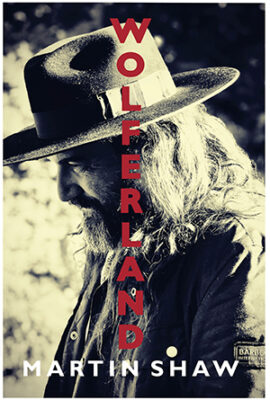